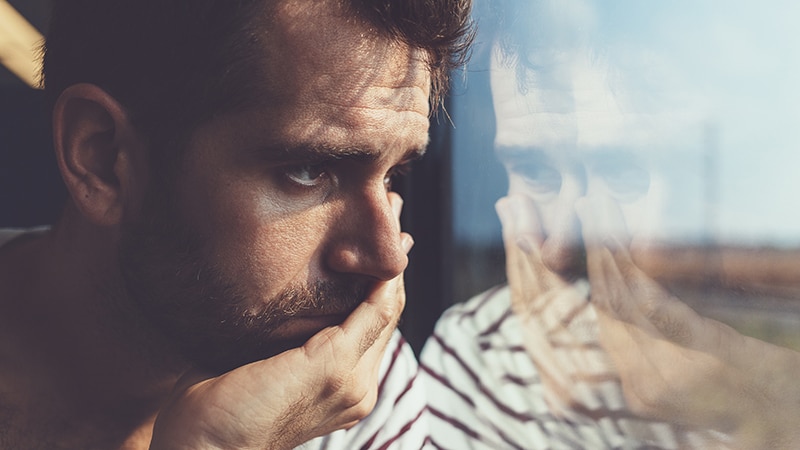 In a single-center, open-label study, MST produced complete remission from suicidality in almost half of the patients who received the treatment.

“The field needs new ways of approaching suicidality because it’s becoming a bigger issue and a major concern, especially now with COVID. These are early but promising results that need to be followed up,” Weissman said.

The study was published online August 18 in JAMA Network Open.

MST is similar to electroconvulsive therapy (ECT), which is an effective treatment for suicidality in mood disorders. However, ECT is underutilized —fewer than 1% of patients with TRD receive the treatment — because of stigma and/or a perceived risk of cognitive adverse effects, he said.

“MST is a focal magnetic pulse that leads to discharge or depolarization within the frontal lobe of the brain with the goal of inducing a seizure. It works quite similarly to ECT, which we know is quite a good anti-suicidal treatment, especially in depression,” Weissman explained

However, MST has fewer side effects, particularly on cognition, and less stigma compared to ECT. It also has a different mechanism of action, with a “more focal treatment target in the brain than ECT to induce seizures,” Weissman said.

The Toronto group has been studying MST in various mood disorders for several years. As previously reported by Medscape Medical News, MST is effective in reducing suicidal thoughts in treatment-resistant bipolar disorder.

The current study is a post hoc secondary analysis of data from the group’s original trial of MST as a treatment for treatment resistant depression in patients initially referred for ECT. The trial ran from February 2012 through June 2019 and with a post-treatment 6-month follow-up.

The secondary analysis was performed from January 2019 to November 2019.

The secondary analysis included 67 patients who underwent MST 2 to 3 times per week until they achieved remission from a depressive episode or until they reached a maximum of 24 sessions. All had baseline suicidality, as defined by a score greater than 0 on the Beck Scale for Suicidal Ideation (Beck SSI).

MST was administered using the MagPro MST device with Twin Coil-XS (MagVenture) applied over the frontal cortex at 100% machine output with low (25 Hz), moderate (50 or 60 Hz), or high (100 Hz) frequency.

“It’s very similar to ECT. The actual seizure lasts about a minute or two, and patients recover in about 10 to 15 minutes and they go home afterwards,” Weissman said.

Commenting on the findings for Medscape Medical News, Manish K. Jha, MD, Icahn School of Medicine at Mount Sinai in New York City, said there is an urgent need to develop safe and effective treatment for patients with treatment-resistant depression (TRD).

“The Sequenced Treatment Alternative to Relieve Depression (STAR*D) trial showed that after inadequate improvement with 2 antidepressants, the likelihood of improvement with a third or fourth antidepressant trial was very low. Therefore, we need effective treatment for TRD,” noted Jha, who was not involved in the research.

The current study represents a “valuable contribution, as it shows improvement in suicidal ideation with magnetic seizure therapy,” he added.

The study’s findings suggest that MST may offer a “viable new treatment” for patients with TRD. He added that the upcoming results of an ongoing clinical trial testing MST against ECT are of “great interest to the field.”

Although the findings are compelling, Jha also noted the study had several limitations, include a relatively “modest” sample size and no sham or active comparator.

In addition, he said, the level of suicidality in this study was limited because of eligibility restrictions, such as exclusion of individuals who had attempted suicide in the prior 6 months.

“While authors use a broad term of ‘suicidality,’ their study is focused on suicidal ideation. Future studies that target suicide behavior are urgently needed. This may mean that we need to study individuals with recent suicide attempts in settings such as emergency rooms and inpatient units,” said Jha.

The study had no specific funding. Weissman has disclosed no relevant financial relationships. Several other study authors reported relationships with industry. The full list can be found with the original article.