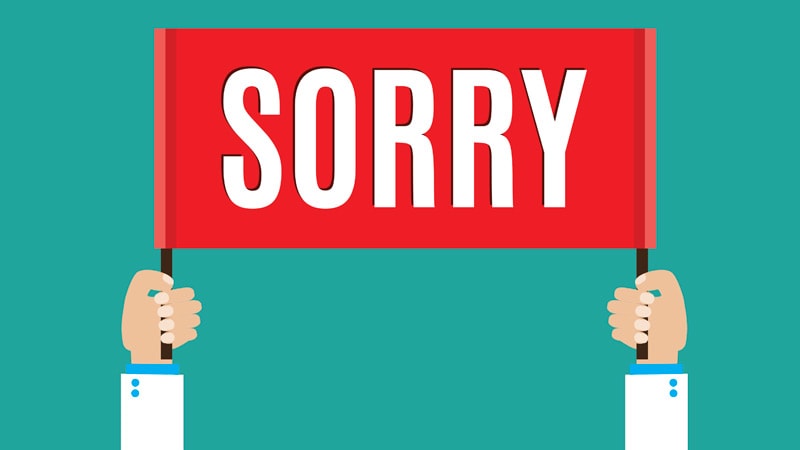 The American Academy of Pediatrics (AAP) today issued a formal apology for past racism and included quotes from board meetings in the 1940s that illustrate the depths of the injustices.

Specifically, the AAP apologizes for treatment of the organization’s first black members, Alonzo deGrate Smith, MD, and Roland Boyd Scott, MD, who were initially rejected for membership in 1939 because of their race, as well as for the treatment of other pediatricians who have endured inequities.

Sara H. Goza, MD, president of the AAP, said in a press release, “From their initial rejection in 1939 to their eventual acceptance in 1945, Drs. Smith and Scott were made to bear numerous indignities and clear many hurdles, despite being successful clinicians and established leaders in the pediatric academic community. In fact, Dr. Scott would go on to receive the Abraham Jacobi Award, the Academy’s highest honor.”

“This apology is long overdue — and a precondition for a better future,” Goza said.

The apology is an important step forward, experts agreed, but future actions, such as building a more diverse physician workforce, are still needed. The statement was published online today and will be published in the September issue of the journal Pediatrics.

Quotes From the Archives

Among the quotes referenced is this excerpt from AAP Board proceedings in 1945: “We talked with (Smith and Scott) for about a half hour and they conducted themselves as gentlemen. They said their only interest in wishing to join the Academy was for educational purposes. They said they would not attend any meetings held South of the Mason and Dixon line. They would attend meetings in other parts of the country, but under no circumstances enter into the social side for the reason that they did not want to get hurt themselves. I impressed upon them the importance should they be elected, of their being leaders and not pushers, and their acceptance in the Academy would be guidance for those who would come at a later time.”

Current AAP board member Joseph Wright, MD, an expert in pediatric emergency medicine and the first African American man elected to the AAP board, told Medscape Medical News that leaders agreed the verbatim quotes had to be brought to light to get across the extent of the racism.

“There was an insistence that we make sure that we had this right, because no one in our leadership had the lived experience of these two gentlemen,” Wright said.

He said that, while the stories of the two doctors may have been fairly well known among pediatricians, the archived transcripts showing the “torturous and shameful path that these two gentlemen endured to membership” had not previously been publicly shared.

“The surfacing of these transcripts renders no doubt in anyone’s mind about what it is that we’re talking about here,” Wright said.

Unusual for the Board to Issue the Statement

Wright said that the fact that the policy was developed by the entire board of the AAP and not an expert subcommittee on the topic speaks volumes and is “almost unprecedented” in his 30 years of membership.

In the first day since publication, Wright says, he has heard from members that it is “tough to read and emotional.”

“This is an important level of engagement that members need to embrace and be aware of in order for us, frankly, to move forward,” Wright said.

The AAP is not the first association in organized medicine to acknowledge racism in its past. The American Medical Association (AMA), for instance, issued an apology in 2008 for a century of racism in the past. An analysis of the racial divide in medicine, published in the same issue as the apology, found, for example, that the AMA did nothing to counter or denounce outright racism in state and local medical societies until the 1960s.

Wright says he suspects other organizations would find similar racism with a deep look into board meeting minutes.

Apology Is a Start

The AAP’s apology is a start, Wright said, and later will come specifics on increasing diversity in leadership and naming benchmarks that will signal progress.

A year ago today, the AAP issued a policy statement on the effect of racism on child and adolescent health.

“I’ll be a year and a half into my board tenure on July 29, 2021, and we will have to have a tangible measure of progress after these two milestones,” he said.

“I sat in the same chair, in the same room, in the same office as those two individuals…. Knowing their story, knowing what they went through, this is closure,” Wright said.

Wright also noted that as a late-career physician he is committed to the next generation of pediatricians. “It’s important that we encourage, support and mentor a more diverse group.”

Randon Hall, MD, an African American physician in pediatric and adolescent primary care sports medicine at Phoenix Children’s Hospital in Arizona, and a member of the AAP, did not know the apology was coming, but found it encouraging.

He was not aware of the stories of Smith and Scott until today, and said they illustrate “a poignant example of the history of systemic racism.”

Hall said the transcript excerpts as they were, without sugarcoating, show the deep roots of racial disparities in healthcare. They show not just the overt actions, but the covert actions that limited advancement of Black physicians.

“If this was the treatment of Black physicians at that time, we can see how those attitudes would have translated to patients of color as well,” he said.

He said that, although the apology won’t change the past, the message it reiterates for its members now is, “everybody’s welcome here.”

Marion Danis, MD, chief of the bioethics consultation service of the National Institutes of Health Clinical Center in Bethesda, Maryland, told Medscape Medical News that the AAP apology stands apart from others in its baring of the transcript excerpts and the association’s willingness to reveal the depths of racism in its past.

“Sometimes people make vague statements of apology and it’s hard to understand today how powerful and pervasive segregation was. I applaud their efforts,” she said.

Danis, who studies ways for bioethicists to approach racism, said that pediatricians are an especially important force to address racism in that they are often the group most influential in working for equitable opportunities and well-being for all children.

“They are working with people at among the most crucial timepoints in life when opportunities really have long-term consequences,” she said.

The power of the apology, however, will be seen only in its progress toward ensuring future equity. Diversifying the pediatrician field, working for more equitable access to healthcare, and working with colleagues to address the social determinants of health are among critical steps.

“We need to see how much organizations like this commit to in the long run,” she said.

Marcia Frellick is a freelance journalist based in Chicago. She has previously written for the Chicago Tribune and Nurse.com and was an editor at the Chicago Sun-Times, the Cincinnati Enquirer, and the St. Cloud (Minnesota) Times. Follow her on Twitter at @mfrellick .

The authors of the statement and Danis have disclosed no relevant financial relationships. Hall has written for the AAP Voices blog.